This year Shelby and Sheldon came back with a new story. The giant snail shell toured the Royal Parks of London as part of Mission: Invertebrate. More stories from that tour are coming soon.

All through the summer of 2015 they were encamped in their giant snail shell caravan in the Queen Elizabeth Olympic Park telling stories, singing songs and finding out all about the utterly strange human world from the children who visited them. you see…

Sheldon and Shelby are proud to have been raised by snails in a disused allotment in Pease Pottage in Kent. There they happily slithered around eating onions, avoiding birds and sleeping in the enormous shell that they shared.

And then one day they secretly slipped through a hole in the hedge and discovered… HOUSES filled with people just like them! Their eyes grew wider and wider and eventually they couldn’t contain themselves any longer.

Now they are off on their Great Big Adventure! 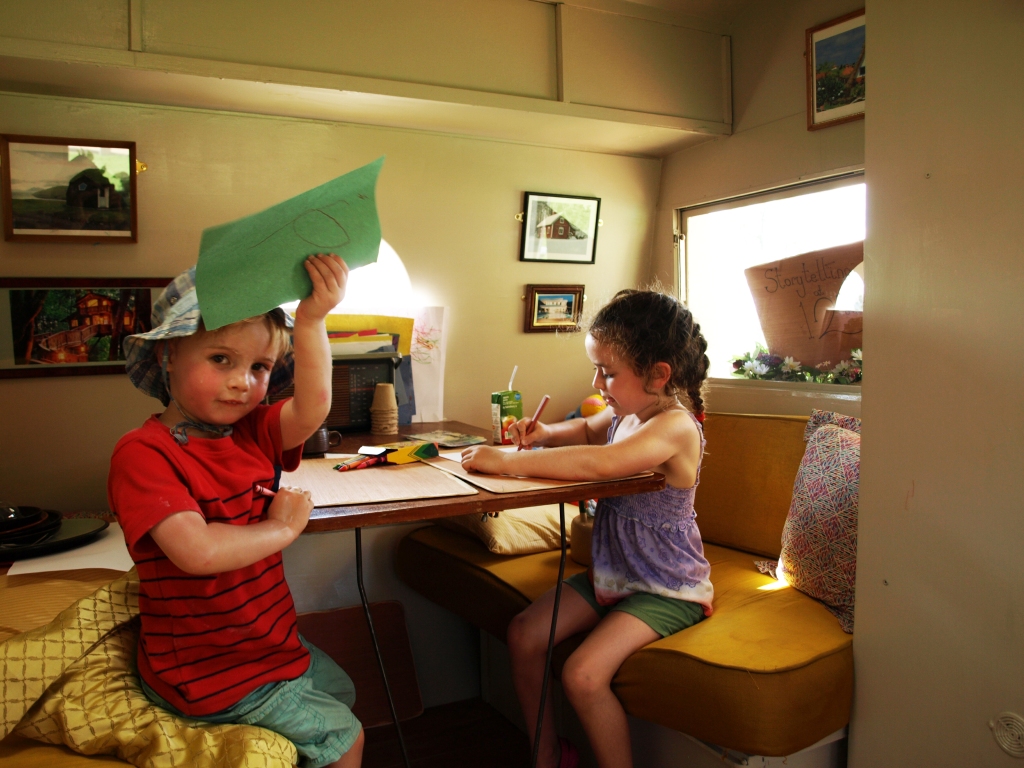 Rebecca Walker and I created a project for this beautiful snail shell caravan built by Darling and Edge. We occupied it five days a week throughout August performing twice-daily walkabout storytelling adventures filled with original poems and songs. Plus we ran and a host of other snaily activities in between. Sheldon and Shelby’s naïve perspective meant that children could be found in sat in the caravan for hours explaining how television or bread makers worked, or what a bed was or a sausage. In return the snail siblings would share their insights into the world of mini beasts, play recordings of their grandmother snoring through tin can telephones, adjudicate snail races and offer their tips for escaping those most fearsome of creatures – BIRDS!

This project is available to be booked in part or in its entirety so please do get in touch if you would like to commission it, you can do that here

Shelby and Sheldon’s home, the beautiful snail caravan itself was designed and made by the glorious Darling & Edge.